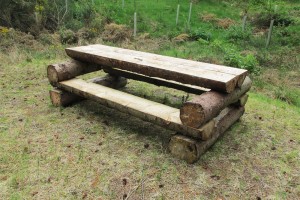 A small group of strong volunteers have restored the picnic bench at the Sanquhar Mains entrance car park. The large picnic bench was vandalised shortly after it was built and a recent Saturday morning volunteer work party took the opportunity to turn the bench back the right way up and repair the damage that the […] 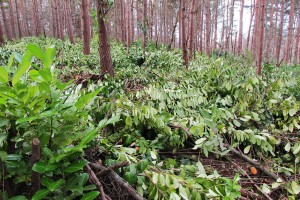 A major project planned for 2015 is the eradication of rhododendron and laurel. These foreign species were once very popular with landowners, but in many areas in Scotland they have now spread so much that they are preventing the growth of native species which are needed to support native wildlife. While the woodlands at Muiry […]

The FCWT 2014 Annual General Meeting will take place  on Wednesday 12th November in Forres Academy Dining Hall — All are welcome but only fully paid up Members may vote at the AGM. Membership is due for renewal on 1st November 2014.  Membership forms have been distributed to Members together with the paper work for the AGM.  Forms […] 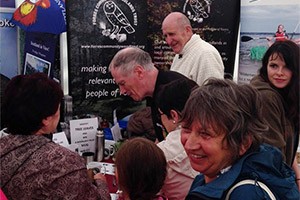 Saturday the 28th of June was a big day on Forres’ events calendar. The town celebrated hosting the European Pipe Band Championships for a second year on behalf of the Royal Scottish Pipe Band Association. FCWT had a stall in one of the crafts marquees providing information on the Trust’s activities and many visitors of […] 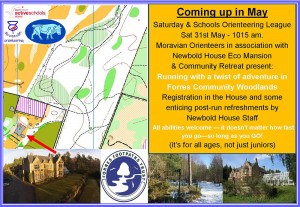 Moravian Orienteers Saturday and Schools league are holding an event in Muiry Woods on 31st May starting at 1015.